On 05 November 2015, the new subsidiary of the Bender Group was opened in China.

On 05 November 2015, the new subsidiary of the Bender Group was opened in China.

Business activities in China started already in 1995 with a fair visit in Beijing. In 1999, the first representative office was opened in Shanghai. The first customers were from the shipbuilding sector. Later on, customers from various industrial branches followed, as for example from the area of hospital engineering. Over the years, business in China could be increased in a way that founding a subsidiary, a so-called "Wholly Foreign Owned Enterprise (WFOE)" became necessary. Jackio Pan was appointed managing director.

The size of the country with a population of over one billion, the rising standard of living and the immense investments makes China, along with the USA, the most relevant international market for Bender. In order to face future challenges and satisfy the needs of Chinese customers, a new building in the strategically well situated Guangling industrial park (GIP) near Yangzhou was occupied. It offers enough office and production space to combine sales activities with creating solutions for the customers and, if necessary, build and test them in situ. Furthermore, it is planned to hire more employees at strategically relevant places in China.

The mayor of Guangling, Wang Feng, and the director of the industrial parc, Xia Yuanbiao, as well as the CEOs and CTOs of several partner companies of Bender China attended the opening ceremony. In particular, we were able to welcome many representants from hospitals, the shipbuilding industry, power plants and various other industrial branches. Following the opening ceremony, a training focused on insulation monitoring and residual current technology took place.

Thus a close network of national and international agencies and distributors makes us flexible to provide close and direct dialogue with our customers. That guarantees competent consultation, on-time delivery and perfect service – worldwide. Along with numerous subsidiaries and agencies in Europe, Asia, Africa, the Americas and Australia, Bender China is the 13th international subsidiary.

This family-owned business, now run by the third generation, has its head office in Gruenberg, Hesse. It employs 700 people worldwide. Research, development and production is done at two locations in Germany; distribution of products and solutions in around 80 countries is carried out by international subsidiaries and sales offices.

December 2015
Approved for publication, if reproduced please send us a sample copy. 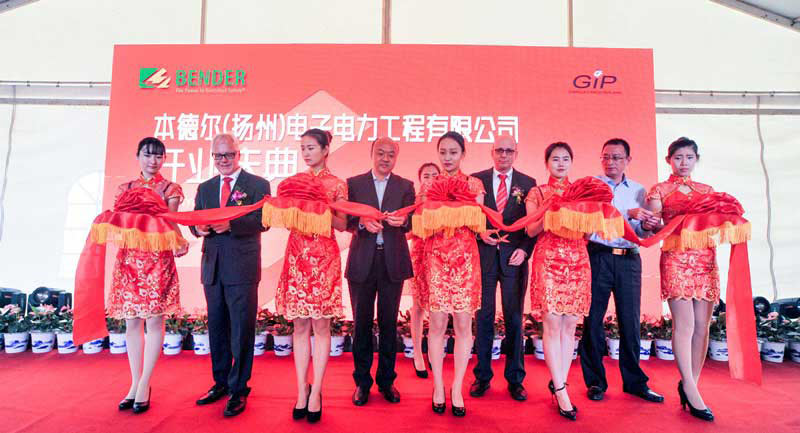