On 5 November, the time had come: The winners of the 2019 Hesse Champion awards were selected during a festive gala as part of the Hessian Entrepreneur Day at Wiesbaden Kurhaus.

On 5 November, the time had come: The winners of the 2019 Hessen Champions awards were selected during a festive gala as part of the Hessian Entrepreneur Day at Wiesbaden Kurhaus. Bender was one of the two winners in the innovation category. The company was selected for its innovative CC612 charge controller, the core technological component of an electric vehicle charging station, which is being used to expand sustainable electromobility infrastructure. Bender's expert package defines the criteria a sustainable charging station should fulfil.

After receiving the Hesse Champion award in the job creator category in 2004 and in the global market leader category in 2011, Bender is especially delighted to be awarded the title in the innovation category this year.

Chief Operative Officer Winfried Möll and Mario Lehr, Head of the eMobility Solutions Business Unit, accepted the coveted trophy. A significant reason why the charge controller has been such a success is the cooperation with Berlin partner company ebee Smart Technologies GmbH. The CC612 charge controller is the basis for the expansion of electromobility infrastructure planned by the German government, which will encompass around 50,000 charging stations by 2022.

Since 1999, companies in Hesse have been recognised for their excellent performance in the global market leader, job creator and innovation categories. Hesse Minister President Volker Bouffier, Hesse Minister of Economics Tarek Al-Wazir and Wolf Matthias Mang, President of the Union of Hessian Business Associations, awarded the prizes this year.

Hesse Champion awards were also received by Faubel u. Co. Nachfolger GmbH, also in the innovation category, Hexagon Manufacturing Intelligence from Wetzlar in the global market leader category and Emma - The Sleep Company (Bettzeit GmbH) from Frankfurt in the job creator category. 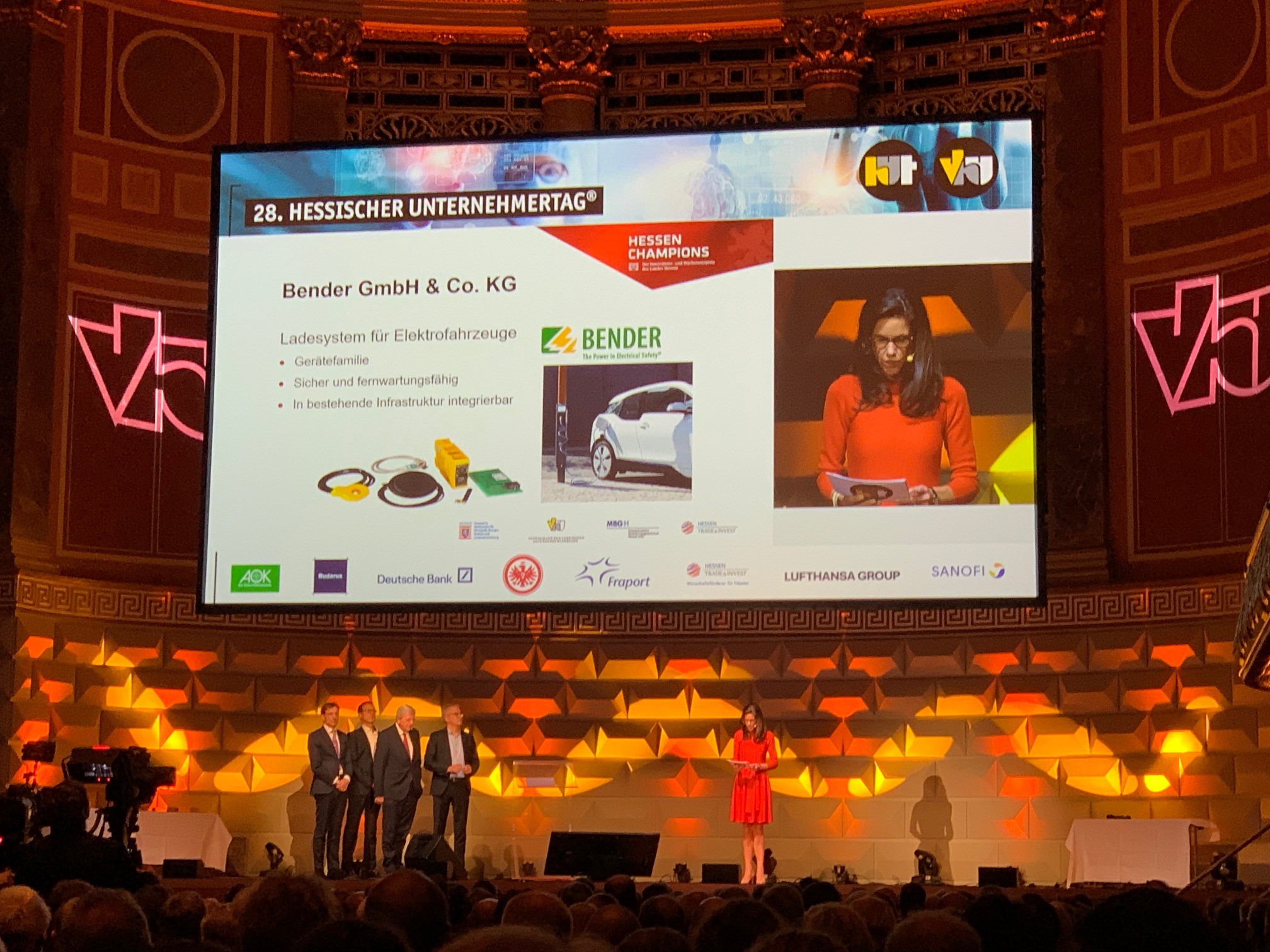